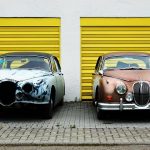 Sometimes it makes sense to stick with older versions of things. When it comes to software, hanging on to older versions when a new version works better doesn’t make much sense. This is definitely the case with the JobNimbus Mobile App v1 vs v2, for many reasons. Think of this like restoring a car with
Read More 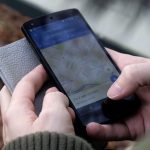 It’s a handy companion tool available for travelers in smartphones. They can organize and discover travel resources and plan accordingly in the app itself. This is why the demand of travel apps is increasing in a lightening fast. Hence, the travel industry boasts myriad opportunities to grow big in their dedicated business. Not just that,
Read More

Brief: The 3,000 fans seated in the club area on the north end of the stadium were given exclusive access to order from mobile menus for the four Detroit-themed restaurants, El Asador, Slows Bar-B-Q, Flowers of Vietnam and Bigalora Cucina. The venues were added during the most recent offseason as part of a $100 million
Read More

Do you use paper to collect information for your organization? Whether it’s paper surveys, paper sign-up sheets, or paper lead collection forms, you should know there’s a better way to collect information on-the-go. FormAssembly’s mobile app (available on the iTunes App Store) can help you collect data at events, in the field, at house calls, or
Read More

WASHINGTON–(BUSINESS WIRE)–#MobileApp–Today in the world, there is an excessive number of mobile phone users who have contributed to the increase in the demand of more judicious mobile applications that have been developed using innovative ideas with rational designs. For the same reason, GoodFirms have published the Mobile App Development Companies Worldwide that are known to
Read More 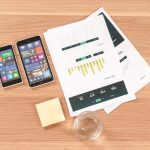 In this techno savvy world, Mobile Phone has become a valuable asset that is a dominant user platform for the digital world. It is not just the present situation, but it will continue to rule in the coming time also. We live in the digital world that has successfully traveled from the computer system to
Read More 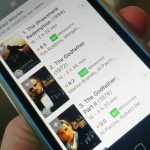 Amazon-owned online movie database IMDb has launched its first standalone mobile app for Pro subscribers. While IMDb is the go-to platform for millions of movie geeks, both on the web and through native mobile apps, one of the ways it makes money is through its IMDbPro subscription service, which is aimed at industry professionals, including
Read More 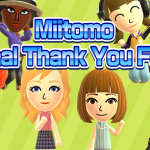 Miitomo, the app that marked Nintendo’s entry into the world of smartphone apps, will soon cease to exist. The Japanese firm announced the decision on Thursday, saying Miitomo’s servers will be closed on May 9. The Android app hit the Google Play Store in mid-March 2016. Image Source: Miitomo (screensnhot) Miitomo shutdown – what users
Read More 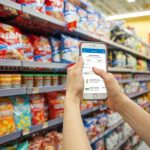 Brief: The app switches into Store Assistant mode to offer features like a bar code scanner, ability to build shopping lists and in-store navigation. “Imagine dropping pins on a store map tied to the location of items on your list, enabling you to plan your route through our stores,” Daniel Eckert, senior vice president of
Read More

Best Practices for Designing Mobile App Error States You see error states every time things go wrong in your app. It’s like trying hard to do something but experiencing an epic fail. Errors are inevitable not only because “the err is human” but also because there is hardly any software developed so perfectly as to eliminate
Read More