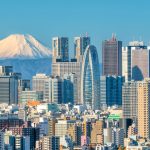 The Japan Bank Consortium will release a groundbreaking smartphone application called “MoneyTap”— powered by Ripple’s blockchain technology — to allow customers of the bank consortium to settle transactions instantly, 24 hours a day, seven days a week. “MoneyTap” is the first mobile app of its kind to be developed and used by multiple, different banks
Read More

When launching an app, you need to spend a lot of time and resources to attract users. You can pull people into your app using a variety of means, including advertising, referral programs, public relations and content marketing. But when people finally download an app, they sometimes feel abandoned. You must clearly show users why
Read More

Tesla might have just released its coolest Easter Egg yet. As discovered by the Tesla community and confirmed by Teslarati this weekend, the electric car maker has released an Easter Egg on the Tesla mobile app consisting of several references to the Back to the Future franchise. The fun, hidden feature is accessible for Model
Read More

The immersive exhibition  made its final stop at the Brooklyn Museum in New York City earlier this year, wrapping up a world tour that drew over two million viewers across twelve cities. Now, those who weren’t fortunate enough to see the exhibition in person will be able to experience the magic of Bowie’s personal archives with an augmented
Read More 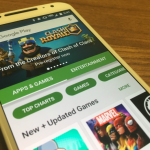 Google announced last week an upcoming change to its Android mobile phone operating system that threatens the future of its own mobile app store, Google Play. And the resulting shift is likely to threaten Apple’s App Store, too. It is likely that in 2018 or 2019, we will no longer perceive a difference between a
Read More 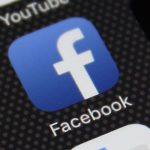 Onavo Protect, the VPN client from the data-security app maker acquired by Facebook back in 2013, has now popped up in the Facebook app itself, under the banner “Protect” in the navigation menu. Clicking through on “Protect” will redirect Facebook users to the “Onavo Protect – VPN Security” app’s listing on the App Store. We’re
Read More

Android Mobile App Marketing Buy App Downloads & Promote Your Android App Are You Still Struggling ToPromote Your Android App? If you are marketing an  app or game, you will know very well about the importance of its visibility in the Google Play store, which features millions of apps with a number of rivals that increases
Read More 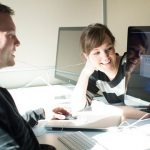 How Joy of Yoga studio is running their Business entirely from the Omnify Go Mobile app Nina is the owner of Joy of Yoga, a major yoga studio in Detroit. With over 200 customers it is a favorite in the locality. This is how Omnify helped Nydia to run her Studio entirely through Omnify’s automation
Read More