10 Plus 1 Commandments for the Modern Mobile App Designer Sung to the tune of “Ain’t no mountain high enough:” Although we are miles apart If users ever need a helping hand I’ll be there on the double tap There ain’t no resolution high enough Ain’t no bandwidth low enough Ain’t no screen size wide enough
Read More 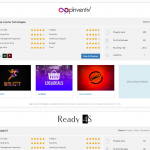 It took a while for us to release the new UI refresh of ContractIQ. I hope you like it! ContractIQ is primarily a place to gather information about app development studios, and we want to give users the most relevant info easily. Over the last few months, we’ve worked on a new interface that brings
Read More

Since Share Rocket released its social ratings product in 2014, we have provided the industry’s best solution for our customers to manage and grow their social media footprint. Recently, our power users have asked us for a better way to keep their digital/social teams and social account managers up to date on their performance while
Read More 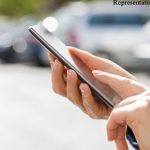 In an endeavour to enhance internal communication between the ranks, the Mumbai Police will soon launch a mobile app, called Samvad. Representational Pic The app, which is in the testing stage now, will allow top officers to convey important or emergency messages to the lower ranks. Incidentally, until last year, communication via the trad­it­ion­al booklet
Read More

New Mobile App Launches for Appalachian Power Customers Posted: Dec 14, 2017 12:54 PM EST Responding to customer requests, Appalachian Power is introducing a mobile application, which enables customers to pay bills and report outages conveniently and quickly on the go. The app can be downloaded free at both the Apple App Store and Google
Read More 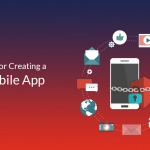 Mobile is everything today. We find it in every kind of business, in almost every household in America and in the hands of people all around the world. People tend to inherently trust these slick and easy interfaces, assuming that they’re free from danger. That kind of trust deserves to be respected by developers. It’s
Read More 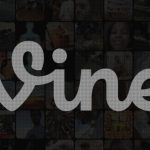 Twitter announced Thursday that it would discontinue the video-sharing mobile app Vine, as it moves to cut 9 percent of its workforce worldwide to keep costs down after beating Wall Street quarterly earnings expectations. The decision comes on the heels of a failed attempt to sell Twitter as it fights against stagnant user growth and
Read More 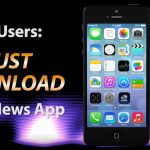 SARASOTA, FL (WWSB) – If you have the ABC7 MySuncoast news app on your iPhone or iPad, you need to download our new app for iOS now, before your current app expires! Android users, you’ll get the new version automatically.  This is not an app upgrade for your Apple device, you must download the new iOS app to
Read More

Given how often the saying, “there’s an app for that” comes into conversation, it’s understandable that brands might start to wonder: Is it necessary that they have a mobile app in order to better reach their audience and support mobile marketing strategies? The Benefits to Having a Custom-Built Mobile App Certainly, many brands would benefit
Read More

Video streaming, whether live or on demand, has become a very important part of people’s mobile experience. The problem is that it has also become the biggest culprit in eating up your data allocation. That is why whenever carriers introduce something that would help minimize that, we pay attention. If you subscribe to Fios Internet
Read More