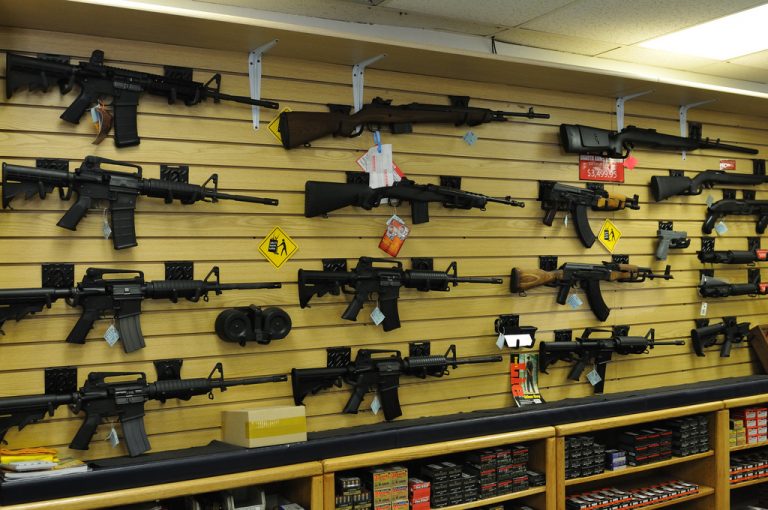 A newly proposed app that would let users access the federal background check database, may be part of the next step in expanding measures to control the purchase and sale of firearms.

President Donald Trump has been in talks with lawmakers about the creation of an app that would connect with the National Instant Criminal Background Checks System and is intended to be used in private party gun sales, the Washington Post reported.

Lawmakers and congressional aides are reportedly divided on the proposal and have raised privacy concerns over the intended use of the app information and how secure it would be from abuse.

Senate Majority Whip John Thune expressed concern to the Washington Post, that the app would expand beyond the stated intended use and “would kind of be a de facto registry.”

“It’s fraught with a lot of issues when it comes to some of the Second Amendment concerns,” Thune said.

Thune said he originally learned about the app proposal from a White House official.

Kris Brown, the President of the Brady Campaign, in contrast, said the news of the proposal is a signal that Trump is looking at private firearms sales, which he describes as a current legal loophole, as an area his administration can reform.

“They recognize the problem of the private sale loophole that allows 20 percent of guns to be sold with no background check at all,” Brown told CNN.

Brown spoke in favor of legislation voted on by the Democrat-controlled House of Representatives, which proposes expansions of background check requirements to include private transfers.

“The right balance was struck by the House, which passed a background checks bill where sales by private sellers are completed by a federally licensed firearms dealer to confirm the person purchasing the gun is the same person who is picking up the gun and other assessments of risk before completion of the sale are done,” Brown said.

He called on Senate Majority Leader Mitch McConnel, of the Republican-controlled Senate, to pass the new background checks.

Trump is reportedly preparing to announce new gun control proposals this week, and gun control advocates and gun rights advocates alike are uncertain what he will propose.

In the days after shootings in Dayton, Ohio and El Paso, Texas, Trump made comments in favor of expanded background checks and extreme risk protective orders, often referred to as “red flag” laws.

In the weeks that followed, Trump appeared to soften his stance somewhat, indicating there were already “very serious background checks” in place.